View this email in your browser

In a few days we will be one year into the WEAR Sustain project and what a year it has been!

We started out last January 2017 with a €3m EC award, a rationale and a team of Seven passionate consortium partner organisations. Today, the project has grown to become a substantial pan-European network of change makers. Many important players have worked hard to make our goal real, in recognition of the potential for a more ethical and sustainable future, not only for wearables, smart and e-textiles, but for the creative and technology sectors, and for society at large.

As 2017 draws to a close, we have some key achievements to highlight, as well as some thanks and recognitions… 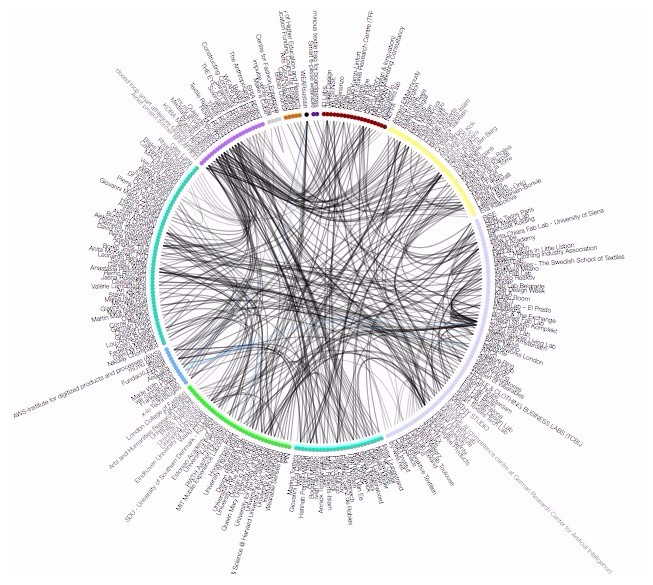 WEAR set out in to create an important online ecosystem of ethical wearable, electronic and smart textile changemakers. By this month it has grown to 824 actors to date across Europe.

We have also developed 67 WEAR Sustain support Hubs, 75Mentors and 137 experts – Thanks for your support to our awardees and in helping us achieve our objectives.  This network will become part of WEAR Sustain’s legacy. Please read more about the role of a Hub or Mentor and how to participate here.

Allocation of €2.4m in awards 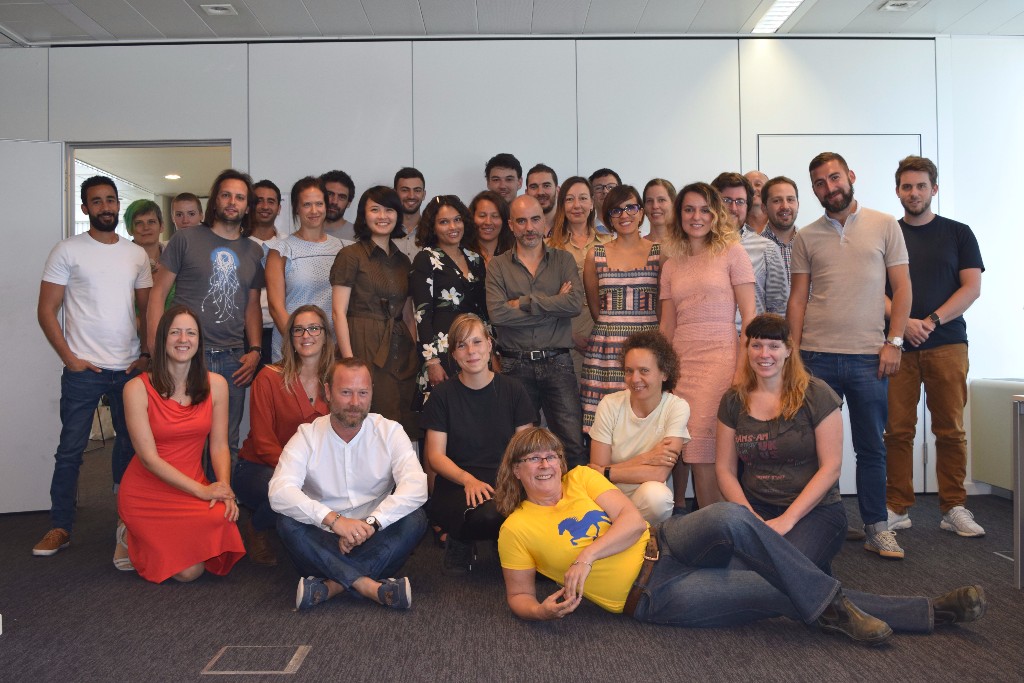 After our First Open Call, which ran from April to May 2017, 22 Collaborative projects were awarded €1.1m in funding. WEAR Sustain announced the winners in July and over the summer the teams attended their Inductions, were matched with with mentors and hubs, and contracts were signed.

Teams  began work on their projects from September onwards and have recently received their mid-term reviews to proceed to their final phase. These projects are due to complete by March 2018 and we will then be able to share their prototyping results with you. In the meantime you can explore the funded projects, their support networks and their updates in the WEAR ecosystem.

On the 15th November we launched our second and final Open Call for WEAR Sustain funding, with a €1.3m funding pot to support a further 26 creative and technology teams. During November and December we held a series of local events across Europe, and we recorded online events. Special thanks to our co-organisers in Aarhus, Athens, Paris, Guimarães and Milan and our speakers. Updates from the events are put into our media channels as soon as they have been made available.

The competition deadline for this second call is 15th January 2017. Please read through the Open Call resources available. If you have any queries please email them to us at info@wearsustain.eu. Note that the WEAR team will be unavailable during the holiday period but will reply from 8th January 2018. 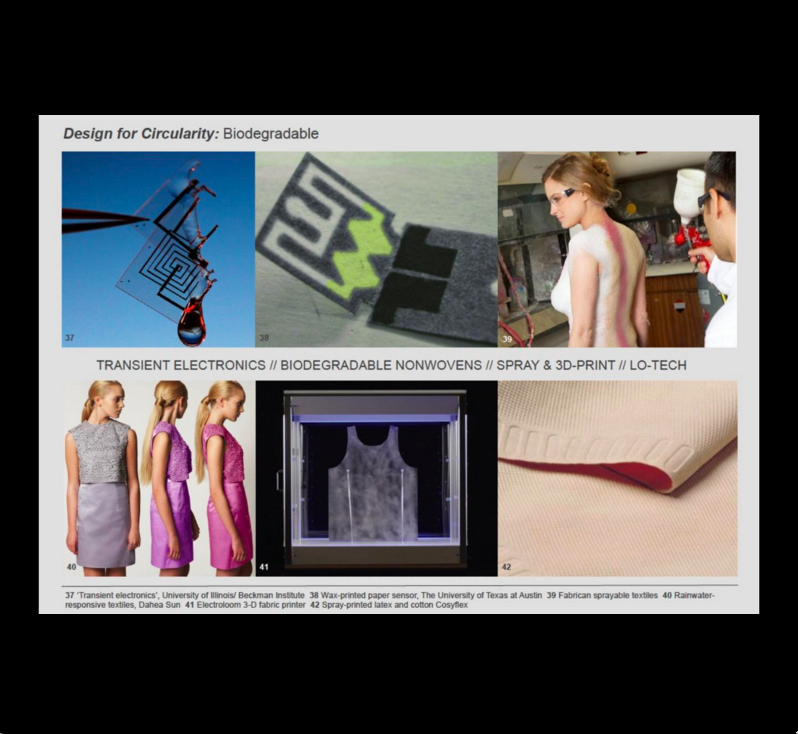 Beginnings of an Ethics and Sustainability Resource.

WEAR has started collating a useful page of sustainability resources. Each of the the awardee projects will be contributing to the development of this resource for the benefit of all and it will eventually form part of the WEAR Sustain Sustainability Strategy and Toolkit.

Do use these resources freely.

If you have any contributions to add please email them to us at sustain@wearsustain.eu. 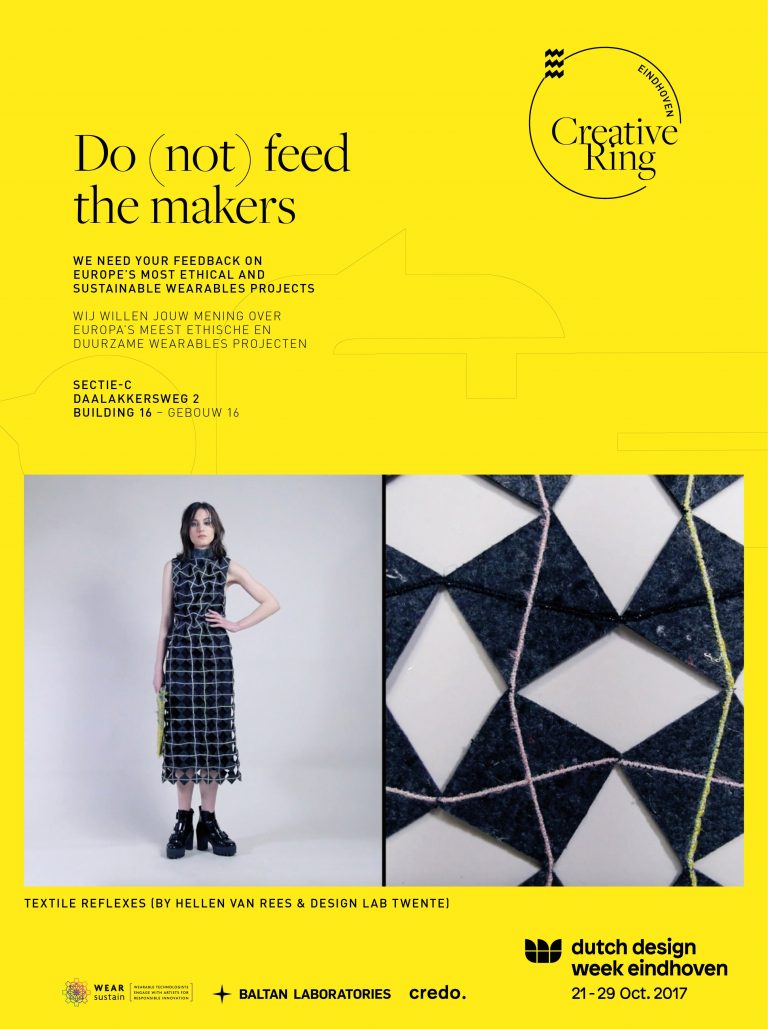 Our Awardees took part in ‘Do (not) feed the makers’ at Dutch Design week in Eindhoven, between 21-29 October.

Thanks to the Creative Ring for organising this first group exhibition and presenting our teams with the opportunity to glean some valuable feedback on their work.

From 2018 you will see more about our integration into STARTS.

Thanks to the journalists and publications that have recognised the importance of our work. Our Awardees have been featured in several publications, listed in our Media and Resources page

… here are a few of our highlights:

On behalf of the WEAR Sustain team, we would like to wish you all a Happy Holiday and we look forward to working with you all again in 2018.